Snakes. Why’d it have to be snakes?

Remember the line? It was first uttered by Harrison Ford as Indiana Jones way back in 1981 in Steven Spielberg’s now classic action adventure. See the blockbuster again with your family during the IFI’s Spielberg season running throughout January.

Spielberg is credited as having made some of the best family films of all time. Aliens, sharks, dinosaurs, adventurers all belong to the huge tapestry of characters that he has created for audiences throughout his extensive career. Many of his films feature children, with their point of view depicted through his trademark low-height shots, or child-like characters such as Indy, who have a sense of wonder about the world around them, even if it ends them up in deep water or a pit full of snakes. 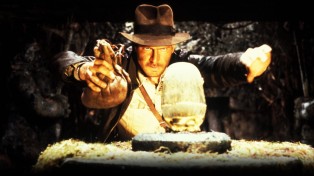