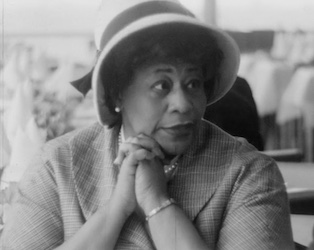 In collaboration with new partners Belfast Film Festival, and supported by Northern Ireland Screen, we will present an archival programme of television material broadcast on Ulster Television from the late-1950s to the late-1960s. This collection, focusing on the cultural life of 1960s Northern Ireland, includes newly-digitised content from a range of television programmes and is a bright array of magazine-style items – visits by stars of stage and screen, social and cultural activity– showing Northern Ireland progressively embracing modernity as part of the Global Sixties. The material was digitised by Northern Ireland Screen and the Public Record Office of Northern Ireland, with support from the Broadcasting Authority of Ireland (BAI) and the Department for Communities. We are pleased to provide this platform for screening and scholarly contextualisation from Rose Baker of the Belfast Film Festival.