IFI & aemi PRESENT: SO, WHAT DID YOU DO TODAY?

IFI & aemi presents:
So, what did you do today?

A series of short films selected and introduced by artist Isabel Nolan.

“Sometimes, as an artist, it’s awful to be asked what you did on a given day. You’re confronted by the vagueness or absurdity of describing time spent trying fairly idiosyncratic stuff out to see if it works. Some of these films record odd, gloriously impractical actions; some are set in functional spaces; some feature familiar objects activated in peculiar ways; occasionally dogs are involved. There is watching and dancing. On good days I believe art is a beautifully inconvenient way to love a difficult world. ” Curated by artist Isabel Nolan for aemi and coinciding with ‘Spaced Out’, Nolan’s exhibition of new rugs and paintings at Kerlin Gallery, ‘So, what did you do today’ is a programme of short films that illuminates aspects of Nolan’s work in drawing, sculpture, tapestry and the moving image. For full details see www.aemi.ie

aemi is an Arts Council-funded organisation that supports and exhibits moving image work by artists and experimental filmmakers. 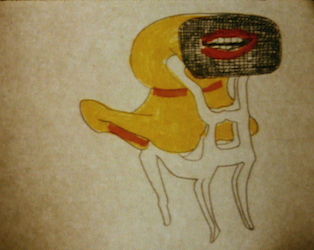