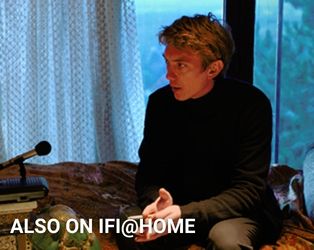 Swann Arlaud plays the real-life figure of Yann Andréa, a man thirty-eight years younger than his novelist partner, the renowned Marguerite Duras, an Oscar-nominee for her screenplay for Alain Resnais’s Hiroshima Mon Amour (1959). In 1982, with Duras approaching 70, Yann tells his remarkable life story to journalist Michèle Manceaux (Emmanuelle Devos) over several taped sessions, which ultimately formed the basis of a posthumously published book. Their probing conversations are the centrepiece of this immersive and compelling two-hander. Through his oral testimonies, Yann is revealed as a complex character, one who is deeply in love with Marguerite Duras, yet who also primarily identifies as a gay man. DOM

Director’s note: This terrific cinematic rendering of an audio conversation about a love story where the subject (Duras) is absent leaves us wondering, where is the truth?