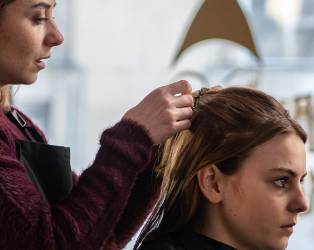 This film closes at the IFI on Thursday, August 5th.

In Polish director Piotr Domalewski’s follow-up to his multi-award winning debut Silent Night, 17-year-old Ola (Zofia Stafiej) is desperately studying to finally pass her driving test when the family receives the call from Dublin that her father has been killed in a workplace accident. As the only family member fluent in English, she travels alone to Ireland to deal with the bureaucracy of bringing his body home (including an appearance from Arkadiusz Jakubik). Alone in a strange country, Ola behaves as any teenager would, enjoying the social opportunities afforded her, but also tries to come to terms with her grief and the increasingly apparent reality that her father had built a new life for himself in Ireland, becoming a stranger to her and her family. Stafiej excels as the young woman struggling with a new maturity in Domalewski’s sensitive film.