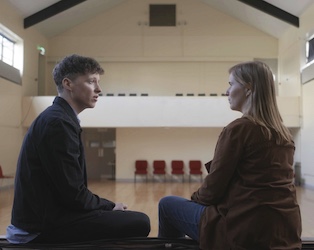 Robbie Lawlor was diagnosed with HIV at 21 and became one of the youngest people to come out on Irish television. Enda McGrattan, also known as Veda, promised to keep their HIV status a secret but eventually broke free with a song. And a group of Irish and migrant women, who cannot show their faces, found creative ways to have their voices heard. In this powerful hybrid documentary, directors Anna Rodgers and Shaun Dunne use documentary, performance and genre blurring storytelling techniques to communicate a powerful message of what it is like to live with HIV in Ireland today. The film also includes a dramatic tribute to Thom McGinty, aka The Diceman.