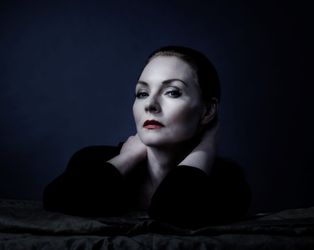 Written by one of Ireland’s foremost playwrights, Marina Carr, Hecuba is a passionate reimagining of the aftermath of the Trojan War and the events surrounding its iconic characters: a series of intense, dangerous personal encounters and impossible choices, described by those who witnessed and experienced them.

We are encouraged to think the unthinkable – what if it was me being asked to do these things, or suffering their consequences? At a time of war and global instability, an international refugee crisis and climate catastrophe looming ever closer, it’s a disturbingly appropriate question.

This drama of a complex and powerful woman is also a depiction of the effect of war and its emotional cost to the individual.

This is a full-length film of Rough Magic’s 2019 production of the play directed by Lynne Parker with Aislín McGuckin in the title role, Brian Doherty as Agamemnon, and Owen Roe as Odysseus.