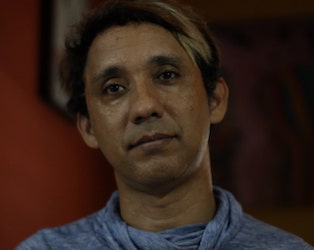 Part of a trilogy of films exploring the legacy of British colonial rule and the criminalisation of LGBTQ+ people in 34 countries around the world, Irish-based artist-filmmaker Susan Thomson examines the constitutional challenge taken by Belizean activist Caleb Orozco against Section 53, a 19th century British colonial law criminalising acts ‘against the order of nature’. Opposition to the case by evangelical Christian groups has included symbolic hangings of an effigy of LGBTQ+ group UNIBAM. The film is a psychological portrait of Orozco’s resistance and sacrifice and the validation of his efforts at the UK Parliament, and at the UN where he is congratulated by then vice president Joe Biden.