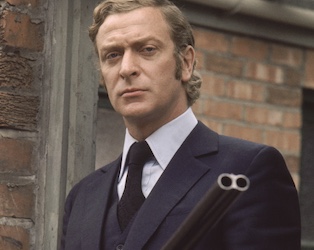 All screenings will start with a short pre-recorded introduction by Michael Caine.

Legendary British actor Michael Caine is the eponymous Jack Carter, a vicious and single-minded gangland enforcer who returns from London to his hometown of Newcastle to investigate the mysterious circumstances around his brother’s allegedly accidental death. Director Mike Hodges, working on his debut feature film, was, along with veteran cinematographer Wolfgang Suschitzky and star Michael Caine, determined to create a more realistic portrayal of violence and criminal behaviour than had previously been seen in British cinema, and rarely has the provincial underworld been so convincingly imagined on screen, with the director displaying keen-eyed observation for the locales in which the grim narrative plays out – claustrophobic terraced streets, betting shops, afternoon pubs, dirty beaches, and concrete car parks, all under melancholy, slate-grey skies. Utilising the original 35mm camera negative, this 4K restoration has been approved by the director.