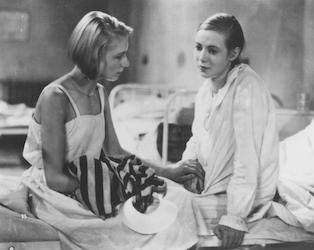 90 years after its release, what remains astonishingly progressive about this classic of early sound cinema is absolutely everything about it.

In 2021, as we still grapple with positive representation of LGBTQ+ youth identity on screen, in Mädchen in Uniform, our girls face off teenage hormones, the evils of gossip and an oppressive headmistress – all without cliché.

Led by a female director and cast, the film was eventually branded ‘decadent’ by the Nazis, of course, and faced bans and near-bans across the world. Apart from its groundbreaking content, the film’s stunning restoration features beautiful shadow and light, the legacy of the silent era not at all lost just because our protagonists are able to speak. A rare screening and a must-see for cinema lovers.