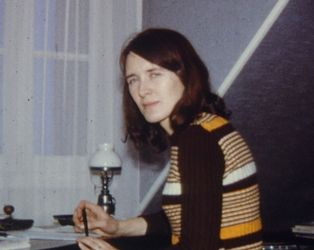 Annie Ernaux, winner of the 2022 Nobel Prize for literature, recalls, ‘In reviewing our Super 8 films…it occurred to me that they comprised not only a family archive but a testimony to pastimes, lifestyle, and aspirations of a social class in the decade after 1968. I wanted to incorporate these silent images into a story which combined the intimate with the social and with history, to convey the taste and colour of those years.’ With her son’s help, Annie assembles Super 8 footage shot by late ex-husband Philippe Ernaux from 1972 to 1981; through voiceover, the footage becomes an extension of Ernaux’s writing – a new novel in images.

This screening will be introduced by Rick O’Shea, RTE broadcaster.