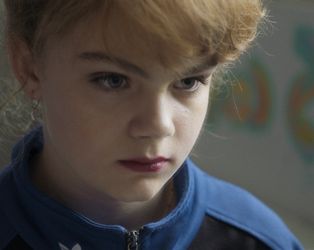 Twelve-year-old Dalva (Zelda Samson), who wears the make-up and clothes of a much older woman, lives alone with her father. Following a police raid of their home, Dalva’s father is arrested, and she is put into the care of a foster home. As Dalva befriends her new roommate Samia and social worker Jayden, she gradually comes to understand that the love she shared with her father was not what she thought. With their help, Dalva will learn to become a child again. In her poignant debut feature, Emmanuelle Nicot explores the ramifications of conditioning and abuse with great sensitivity and grace.

The screening will be introduced by Maeve Lewis, chair of Victims’ Rights Alliance and chief executive of One in Four Ireland, a charity which provides support and resources to people who have experienced sexual abuse and sexual violence.