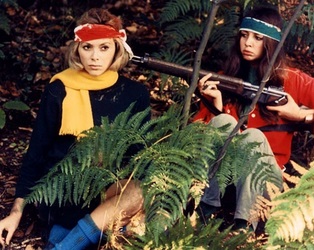 Another acclaimed film from his ’60s period, this was Godard’s last collaboration for over a decade with cinematographer Raoul Coutard. Casting big film stars of the time, Jean Yanne and Mireille Darc, to play a bourgeois couple leaving Paris in their car to claim an inheritance from a dying relative. The unforgettable nine minute tracking shot of endless traffic mayhem on a country road sets the scene in this wild satirical tragicomic masterwork. A chaotic journey leads them to encounters with workers, farmers, hippies, and to pillage, murder, and even cannibalism. Godard’s multilayered cinema of ideas and cultural references forms a brilliant attack on middle-class consumer society, a call for the revolution to come. The last film credit reads, ‘end of cinema’ and this marked Godard’s turn to non-commercial, militant films.

The screening will be introduced by Dr Douglas Smith, School of Languages, Cultures and Linguistics, University College Dublin.