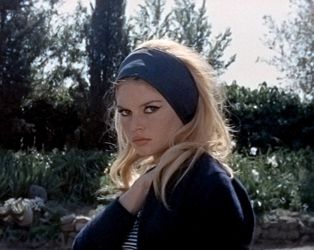 Based on the novel by Alberto Moravia, this is Godard’s most commercial, star-studded film. Shot in Cinemascope at the iconic modernist Villa Malaparte, it stars Brigitte Bardot as Camille who accompanies her husband, screenwriter Paul Javal (Michel Piccoli) hired by American producer Jeremiah Prokosch (Jack Palance) to write a film version of The Odyssey, to be directed by legendary German filmmaker Fritz Lang (playing himself). Problems arise as producer and director confront each other over the film, meanwhile Paul and Camille are starting to fall apart.Fraught with tensions between Godard, Palance, and Bardot, paparazzi presence, and high fees for the stars, this was not an easy film to make.

This screening will be introduced by Donald Clarke, Chief Film Correspondent at The Irish Times.