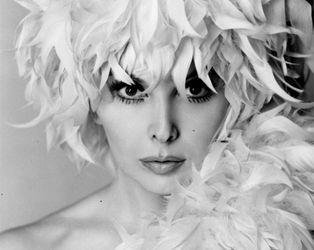 Bambi, born Jean-Pierre Pruvot in a small Algerian village in 1935, refused to accept her gender assigned at birth, and instead, she chose to be Marie-Pierre Pruvot, aka Bambi, emigrating to Paris aged 17 to live the life she had longed for. One of the first transgender women on stage amongst drag queens and other trans women in cabaret at Le Carrousel de Paris, she became a schoolteacher in later life. An extended version of his short Bambi (2013), this fascinating documentary chronicles Bambi’s liberation, forming an exceptional document on queer identity and life in 1950s-60s Paris through the editing of photographs, archival and Super 8 footage, film excerpts and chansons.