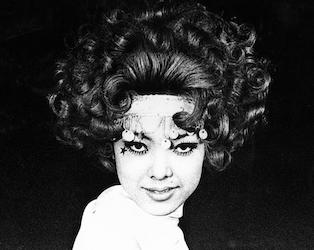 A key film in the Japanese New Wave, Toshio Matsumoto’s Funeral Parade of Roses is also a milestone in the canon of LGBTQ+ cinema; the unapologetic representations of Tokyo’s queer youth subculture were ground-breaking in 1969 and remain fresh today. An experimental, freewheeling, docu-fiction hybrid, the film, like the characters it portrays, defies categorisation. The non-linear story centres around Eddie (transgender actor Pita), hostess at Bar Genet, who becomes embroiled in a love-triangle with reigning drag queen Leda (Osamu Osgasawara) for the attentions of club owner Gonda (Yoshio Tsuchiya). With its self-referential image making, and playful blending of genres, the film is reminiscent of the work of Jean-Luc Godard and the Nouvelle Vague directors.