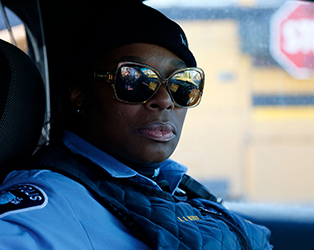 To pre-order Women in Blue, click here. The film will be available to view on IFI@Home from Saturday, September 26th at 14.30.

Filmed from 2017-2019, Women in Blue follows Janeé Harteau, Minneapolis’s first female police chief, as she works to reform the department by clearing out the bad cops, retraining the rest, diversifying the ranks, and promoting women – who statistically use less force than their male counterparts – into every rank of leadership. The film focuses on four women in Harteau’s department, each trying to redefine what it means to protect and serve. After a high-profile, officer-involved shooting forcers Chief Harteau to resign, the new, male chief selects only men as his top brass. The film offers an unprecedented view of a department grappling with racism and police misconduct long before a Minneapolis police officer killed George Floyd in May 2020.