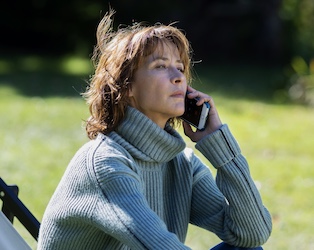 A daughter is compelled to reconcile her strained relationship with her father when he contacts her with a devastating final wish, in François Ozon’s powerful family drama. André (André Dussollier) has never been the easiest of fathers, but when he suffers a debilitating stroke and calls on his daughter Emmanuèle (Sophie Marceau) to help him die with dignity, she finds herself faced with a painful decision. Adapted from Emmanuèle Bernheim’s memoir, Everything Went Fine is both a detailed portrait of family relationships and a refreshingly matter-of-fact account of the processes involved in assisted dying. Featuring memorable central performances from Marceau and Dussollier, as well a scene-stealing cameo by Charlotte Rampling as André’s ex-wife, Ozon wisely avoids sentimentality and moralising, and approaches a difficult subject with clear-eyed intelligence and sensitivity.