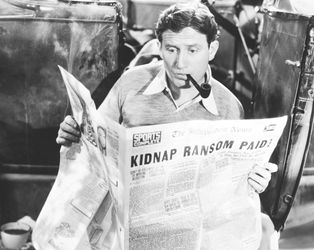 After fleeing Nazi Germany in the early 1930s, Fritz Lang wanted to get a sense of American culture and society and took a road trip where he came across alarming contemporary stories of mob rule. Set in a fictional small town and based on a true story, Fury is given tremendous intensity by the naturalistic performances of leads Spencer Tracy as the man unjustly accused, and Sylvia Sidney as his fiancé, enhanced by Joseph Ruttenberg’s deliberately expressionistic lighting. Lang, a great social observer, recognised the parallel between German’s complicity in Hitler’s rise to power with that of people in small American towns who became complicit in the lynchings. Fury is still a striking cautionary tale with chilling resonance.