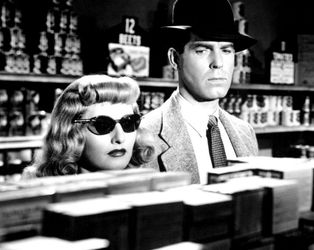 With the rise of fascism in the 1930s, Billy Wilder, like many others, fled first to France and then onto America. Adapted by Wilder and the poet of crime writing Raymond Chandler from James M. Cain’s pulp novel, Double Indemnity is a sizzling, simmering tale of seduction and murder where our wisecracking hero, insurance salesman Walter Neff (Fred MacMurray) is seduced way out of his depth by the bracelet charms, and more, of Phyllis Dietrichson (Barbara Stanwyck). Wilder, Austrian-born into a Jewish family, is probably the most well-known of the European émigré directors. His Hollywood career was long and successful, with classics like Sunset Boulevard, Some Like It Hot, and The Apartment regularly appearing in ‘top film’ lists.