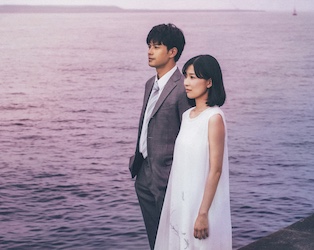 The screening will be introduced by Tara Brady, film critic at The Irish Times.

An adaptation of popular Mochiru Hoshisato’s manga book from the early 2000s, The Mark of Truth, it begins as a traditional romantic melodrama, telling the story of 30-year-old Tsuji (Win Morisaki), who works in a company which sells plastic toys and fireworks. One night, he meets the awkward and erratic Ukiyo (Kaho Tsuchimura) when her car gets stuck on a train track. From then on, Tsuji walks irreversibly into a chain of events, mis-adventures and troubles… possibly on his way to the something ‘real’.

Singular auteur director Kōji Fukada’s frivolous, yet realistic take on themes of imbalance and the conflicts of human nature are aided by the two leads, both of whom provide great naturalistic performances.