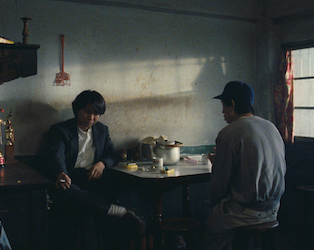 We are honoured to present this gorgeous restoration of Yang’s layered and hypnotic Taipei Story.

Edward Yang (1947-2007), along Hou Hsiao-Hsien, was one of the leading filmmakers of the Taiwanese New Wave and Taiwanese Cinema.

‘A turning point in the history of Taiwanese cinema, Edward Yang’s 1985 masterpiece suggests a rough parallel with Abbas Kiarostami’s Close-up in relation to Iranian cinema by virtue of featuring the other key Taiwanese filmmaker, Hou Hsiao-hsien, in a leading role, much as Mohsen Makhmalbaf is featured in Kiarostami’s film. Hou, who also collaborated on the script, plays an alienated businessman working for a textile manufacturer who was an ace baseball player in his youth. When his girlfriend (pop star Tsai Chin) loses her job at a computer firm, their relationship begins to crumble. But this couple’s malaise is only part of a multifaceted sense of confusion and despair that affects three generations of Taipei residents during a period of economic boom, and Yang’s mastery in weaving together all his characters and subplots against a glittering urban landscape anticipates the major themes of his subsequent works.’ (Jonathan Rosenbaum)