Dreams of a Life

This piercing new film by Carol Morley offers us the true story of an ill-fated modern-day Eleanor Rigby. In 2006, council officials forcibly entered a north London flat with an eviction notice, only to recoil at the decomposing body of Joyce Carol Vincent, a woman in her late 30s, who had lain there surrounded by Christmas presents, the TV still on, for a full three years. To this day, it’s unclear whether she succumbed to illness or suicide, but the lonely mystery of her passing prompted filmmaker Morley to track down those who knew her. Their fond recollections and painful bewilderment are then intercut with scenes where actress Zawe Ashton presents an affecting take on the elusive and tragic Joyce.

In a Facebook world cross-woven with individual connections, this story of a woman who simply slipped away from everyone proves a chastening reminder of the fragility of our relationships and the daunting challenge of keeping up appearances. It’s a compassionate, haunting and remarkable work. 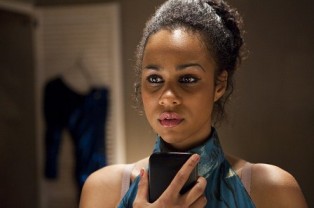