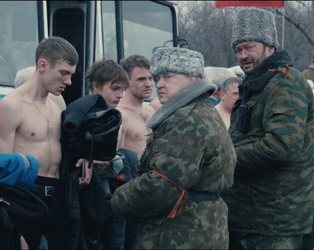 Since 2014 the war in the Donbass region of eastern Ukraine has been raging between pro-Russian separatists loyal to Putin and nationalists who sympathise with Europe and the west. Memories of World War II and Stalin’s purges and famine lie close to the surface, regardless of alliances, and a neutral position is not an option.

Winner of the Un Certain Regard Best Director prize at the 2018 Cannes Film Festival, Donbass is an act of protest against barbarity, corruption and inhumanity.