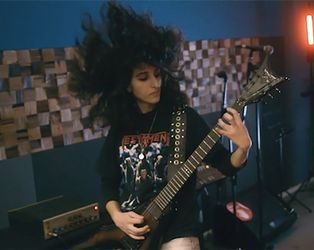 On the outskirts of Beirut, Lilas and Shery, co-founders of Slave to Sirens, the Middle East’s first all-female thrash metal group, wrestle with friendship, sexuality, and the destruction of their city in their pursuit of financial success and critical recognition. Against a backdrop of political unrest, the Sirens are a beacon of expression, resistance, and independence. As the complicated friendship between Lilas and Shery begins to fracture, Lilas must decide what kind of leader she will be, not only for her band, but also as a young woman struggling to define herself in Lebanon, a region of the Middle East as complex as the Sirens themselves.