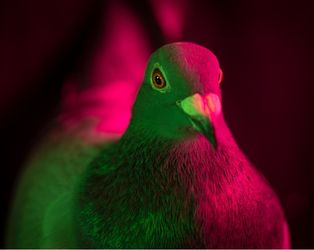 Pigeon racing is now a multi-million dollar industry, attracting high-stakes competitors from all around the globe. Pigeon fanciers register their prize racers, box them up and dispatch them to faraway places to compete in a series of lucrative races, but corruption lurks in the wings. Affluent owners from the US, China and elsewhere enter as many birds as their hearts desire while the lads in the pigeon club in Clondalkin, faced with the hefty entry fees, send just a carefully-chosen few.

This handsome documentary from Venom Films invites us into an unknown world where tensions simmer between old-time purists and the new breed whose eyes are fixed firmly on the big prize.

This screening will be followed by a Q&A with director Gavin Fitzgerald and pigeon fancier John O’Brien.