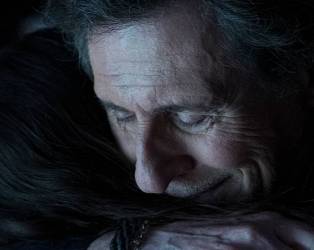 Samuel O’Shea, a hard-drinking womaniser, has seen better days. His second marriage is ending, his first wife and grown children have turned against him, and he has begun seeing strange things. Looking for answers, Samuel discovers he has a terminal brain tumour, which may be causing these odd visions — or he may just be going crazy.

Samuel retreats to his family shack in remote Ireland, where he begins work on that great novel he always meant to write. Surprisingly, he falls in love — leading to an unforeseeable ending.