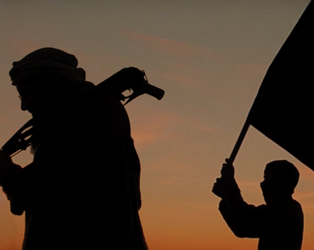 This film was released on Friday 21st  July  2017 and is no longer screening.

Documentarian Matthew Heineman continues to shine a light onto some of the world’s most dangerous places in the extraordinary City of Ghosts.

The film focuses on members of the Syrian citizen journalism group ‘Raqqa is Being Slaughtered Silently’ (RBSS), who smuggle written, photographic and video evidence of atrocities from the ISIS-controlled city at great risk to their lives and those of their families. Formed during the Arab Spring of 2012, the tech-savvy group continued their covert efforts to show the outside world what was happening in Raqqa as ISIS tanks rolled into the city in July 2014.

A worthy successor to Cartel Land (2015), Heineman’s masterful, Oscar-nominated portrait of Mexican drug cartels, City of Ghosts is an angry, urgent work made with insight and empathy.