This docu-drama follows Hugh Lane’s hard-fought venture to establish a public modern art gallery in Dublin in the early years of the 20th century – a time of political agitation and the forging of a new Irish cultural identity.

Featuring a distinguished cast including Tom Vaughan-Lawlor (Maze, Love/Hate) and Michael Gambon, and scripted by Mark O’Halloran (Viva, Garage, Adam & Paul), this story reveals his great interest in the works of living artists, his untimely death on the Lusitania and his contested will.

Richly illustrated with the paintings now hanging in the gallery founded by Lane, one of the greatest benefactors of the arts in Ireland – and the long-running campaign to recover Lane’s Bequest of 39 ‘Continental’ paintings from the National Gallery in London which includes masterpieces by Monet, Renoir, Manet and Pissarro. 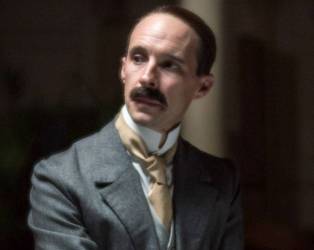