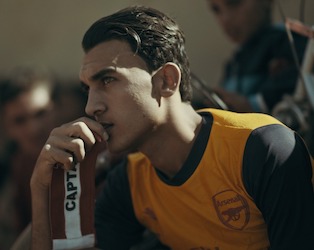 Two teenage best friends, Mahmoud and Fawzi, living in the Za’atari Syrian Refugee Camp in Jordan have a dream of becoming professional soccer players. Despite the dire circumstances of the camp, they remain hopeful that they will be discovered; practicing every day, they firmly believe that soccer is their ticket to freedom. When scouts arrive to pick players for an international tournament in Doha, they quickly identify Mahmoud as a talent, while Fawzi is forced to remain at the camp due to a technicality. At a time when international sentiment towards refugees is growing less compassionate, Captains of Za’atari tells a uniquely moving, human story of two friends with a dream of escape.