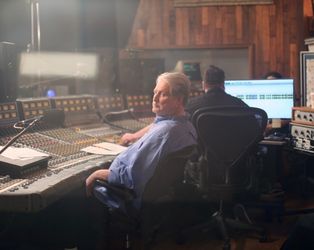 Brian Wilson holds an unassailable position as one of the twentieth century’s greatest songwriters. His timeless work with the Beach Boys continues to find new generations of admirers drawn to his gift for combining instantly memorable melodies with layers of vocal harmony and instrumentation to create joy-filled music of frequently transcendent beauty. But, as is well known, his is a life that has been beset by hardship, from an abusive father who may have caused Wilson’s partial deafness to lifelong struggles with mental illness that left him open to exploitation by the unscrupulous, before returning to reclaim his legacy in recent years. This love-letter documentary sensitively guides the fragile Wilson through interviews on his history, good and bad, while an eclectic group of fans from Bruce Springsteen and Elton John to Taylor Hawkins and Nick Jonas offer articulate insight into the appeal of Wilson’s music.