This opening screening will be followed by a Q&A with director Michael McCormack and a unique chance to catch a musical turn from Fergus’s Interference bandmates Camilla Griehsel, Paul Tiernan, and James O’Leary.

Tickets for other screenings of Breaking Out are on sale here. 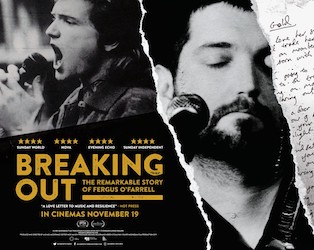