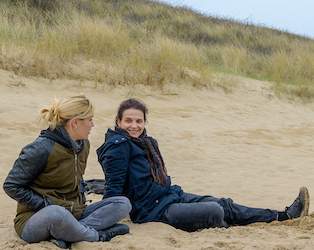 Marianne Winckler (Juliette Binoche), a successful writer, goes undercover as a contract cleaner in Caen in northern France to research her next book, an exposé of France’s employment crisis, the gig economy and the trials of the minimum wage treadmill. Working on ferries crossing between Ouistreham and Portsmouth, Marianne meets Christèle (Hélène Lambert), a feisty single mother with whom she bonds; as their friendship grows, Marianne is forced into a dilemma over the nature of her deception. Emmanuel Carrère’s adaptation of Florence Aubenas’s non-fiction bestseller Le Quai de Ouistreham (The Night Cleaner) is a tough social realist drama, boasting another towering performance from Binoche. DOM

Director’s note: Juliette Binoche is glowing in her portrayal of Marianne, as she grapples with the morals and injustices of the employment crisis in France.

Tickets for Alliance Française Members for the screening on Wednesday 24th will cost €10.