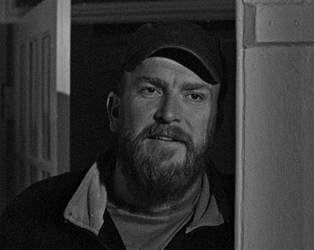 Following a number of sold out screenings in October, Mark Jenkin’s Bait returns for a limited run.

Martin Ward (Edward Rowe) is a modern-day cove fisherman whose brother has re-purposed their father’s vessel as a tourist tripper, catering for the influx of London money and stag parties to his harbour village. With their childhood home now a get-away for holidaymakers, Martin is displaced to the estate above the picturesque harbour. He struggles to restore the family to their traditional place amid increasing friction with tourists and locals alike, until a tragedy at the heart of the family changes his world. Stunningly shot on a vintage 16mm camera using monochrome Kodak stock, Mark Jenkin’s Bait is a timely and funny, yet poignant new film that gets to the heart of a community facing unwelcome change.