This month we celebrate the 50th anniversary of the establishment by Fr. Joe Dunn of Radharc Films, a company which between 1962 and 1996 produced a range of provocative, sometimes humorous and always informative films on social, political and religious issues. From a catalogue of over 400 films made in 75 countries, we have selected four programmes made in Ireland from the company’s early days. The programme includes insights into past social and religious practices, an interview at home with the writer Christy Brown and his mother, and the first film made within an Irish prison.

All programmes are between 20 and 30 minutes long, Black and White, Digi-Beta. 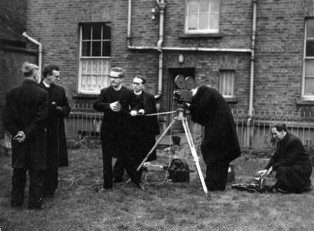