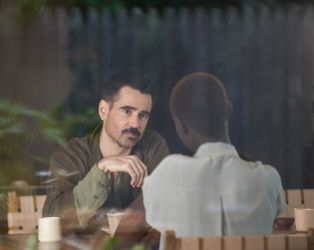 Yang (Justin H. Min) is a humanoid robot, who married couple Jake (Colin Farrell) and Kyra (Jodie Turner-Smith) have acquired as a companion for their adopted daughter Mika to help her to understand more about her Chinese heritage. When Yang malfunctions, Jake searches for a way to repair him but he’s led first to a back-street technician and later to a museum curator, who uncovers some startling facts about the techno-sapien’s previous existence. Koganada’s delicate, melancholic film, his follow up to Columbus (2017), explores both a robot contemplating what it means to be human, and a man trying to understand the workings of an artificial consciousness.

After Yang contains a sequence of flashing lights which might affect customers who are susceptible to photosensitive epilepsy.