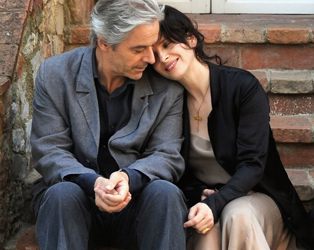 Includes an introduction to the film and the season from Ian Brunswick, Head of Programming at Science Gallery  Dublin.

Juliette Binoche plays an antiques dealer in Tuscany; she attends a talk by a British writer (played by Opera singer William Shimell) which addresses issues of authenticity in the art world – why do we ascribe such value to original works when they are indistinguishable from counterfeits – a question that underpins much of what is to follow in Kiarostami’s intriguing puzzle.

The two later meet and she drives him to a nearby village; along the way they begin to playfully assume the roles of a long-married couple to an extent that forces the audience to reconsider the nature of what has come before.