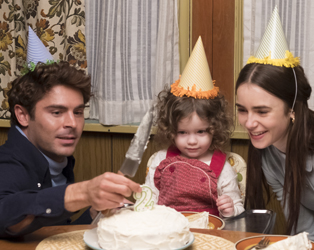 Veteran documentarian Joe Berlinger follows his recently released series Conversations With A Killer: The Ted Bundy Tapes with this further exploration of the notorious serial killer, in which actor Zac Efron masterfully exploits his good looks and charisma in service of a credible and unsettling performance that firmly casts off his early association with teen musicals.

Shy single parent Liz (Lily Collins) is swept off her feet by this charming stranger, and the two begin a serious relationship. After moving to Utah, where he has been accepted into law school, Ted is stopped after running a stop sign, and arrested when the police officer’s suspicions are aroused by the contents of a bag in his car. As his legal troubles mount, he insists upon his innocence, sending Liz into confusion as she realises that she may never have known the man she loves.