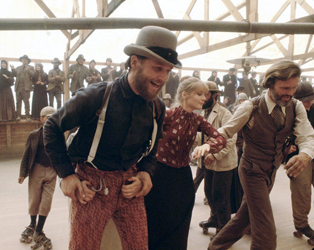 In conjunction with the National Film School at Dun Laoghaire Institute of Art, Design and Technology (IADT), we have a third Essential Cinema programme which this year will focus on the 1980s. From a blockbuster and franchise decade that yielded The Empire Strikes Back, Indiana Jones, and teen classics such as The Breakfast Club, we’ve chosen four films that in some ways reflect the diverse themes and genres of the period.

Each film will be introduced by Tom Kennedy, film lecturer at IADT.

Tickets: special package price €32 (€28 IFI Members) for all four films. This ticket package can only be purchased in person at the IFI Box Office. Regular ticket prices apply to individual screenings and can be bought online or in person.