The Young Audience Award (YAA) is an initiative of the European Film Academy (EFA), and is awarded annually by young juries from all across Europe. On Sunday 6th, IFI will host these awards with our YAA panel, who will watch the three nominated films and vote on their favourite.

The three nominated films are:
Girl in Flight

Limited tickets are available to attend this special screening of Hobbyhorse Revolution on May 6th at 12.45 – click here for more information.

MARIA: Hi, my name is Maria. I am 10 years old. I am Lithuanian but I live in Ireland. I like watching movies. Especially Studio Ghibli. I also like reading. I am obsessed with cats and cactus’s. I dislike anything negative. I really enjoy being part of YAA! Bye!?? 🙂

TOM: Hi my name is Tom and I live in Waterford and I’m 11 . I like watching movies playing rugby listening to music and baking. My favourite movie is Saving Private Ryan. Because I love Steven Spielberg and the sound is amazing.

DANIEL: My name is Daniel, I live in Dublin and I’m 12 years old. My hobbies include GAA (hurling and football), soccer and Warhammer 40K which is a board game. I like pizza, soccer and video games. I dislike school, homework and museums. I like reading and Skulduggery Pleasant and Artemis Fowl are my favourites. I met Derek Landy, the author of Skulduggery Pleasant books once and he was very funny. My favourite film is The Longest Yard. It’s a comedy starring Adam Sandler about an NFL player who goes to jail.

MICHAEL: My name is Michael, I live in Dublin and I’m 12 years old. My hobbies include sleeping, playing video games, hockey and reading. I like drama (I’m doing a course), staying at home and film. I do not like travelling, trying new things and school. I am a big fan of the Peanuts comics and I also enjoy Calvin and Hobbes. I feel that they’re good because they have a funny way of presenting the world and I enjoy the art work. A favourite quote of mine is “Hell is other people.” My favourite film is Jurassic Park. I like the bit where the lawyer is sitting in the toilet and gets his head eaten off by the T Rex.

KATE: My name is Kate. I’m 13 years old. I’m in first year. I live in Baldoyle. I like playing piano, hockey, ballet, sea scouts and skiing. I don’t have a favourite film but I like musicals and comedies. I also like to travel.

ALEX: Alex is my name and I am 14 and I live in Palmerston. I’d say my favourite hobby is hurling but I play guitar, hockey, Gaelic football and I swim. I like movies in general and I don’t have a favourite movie but the movie that I most recently watched was Meet Joe Black which is an amazing movie.

OISIN: Oisin lives in Blackrock, Co. Dublin and loves the theatre, movies and Martial arts. Outside of school Oisin plays piano and makes movies with his school film club. Oisin enjoys acting and his school drama club won the Terenure College drama competition – The Father Hannigan perpetual trophy in 2015. He loves Kung Fu, training 3 times a week, enjoys sailing during the Summer months and his scuba diving certification allows him to dive on family holidays. Oisin’s favourite film is Moulin Rouge by Baz Luhrman and he is presenting a review of Luhrman’s Red Curtain Trilogy for his Junior cert classroom based work.

SHERVIN: I’m 13 my name is Shervin and I live in Bray at the seafront. My hobbies are singing, playing tennis, playing guitar and watching movies! My favourite TV series is How I Met Your Mother and I have a lot of different favourite movies.

EDWARD: I’m 13 years old and live in Dublin. I like most things but I take great interest in IT, piano and hockey both of which I play in and out of school. I also like creative writing and reading. My favourite movie is The Shawshank Redemption.

MANUS: Hi. My name is Manus. I am 14 and I live in Dublin. I have a long list of favourite films including Back to the Future, The Iron Giant and Hunt for the Wilderpeople. I saw Ready Player One last week and it was pretty good. I play guitar and keyboard and I enjoy science and art.

YAA FACILITATOR CIARDA: Specialising in film made by young people, Ciarda has been working in youth film for over two decades and never ceased to be amazed by the breadth of talent amongst young filmmakers in Ireland. In her time working with Fresh Film Festival she has seen thousands of films made by filmmakers under the age of 18 and initiated a schools peer jury programme where class groups watch, discuss and award international short films. At 15 she saw Murnau’s Nosferatu for the first time and is since a vampire film fan. Her favourite movie is The Princess Bride …’inconceivable!’ 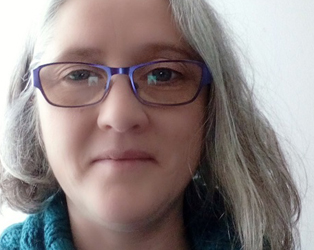