Frank Herbert’s seminal 1965 sci-fi novel Dune had been tackled by a number of filmmakers, including Alejandro Jodorowsky (whose history with the project forms the basis of a superb 2013 documentary) and Ridley Scott, before finally reaching the screen under the direction of David Lynch. Although the film has been met with mixed reactions by fans of both Lynch and Herbert, it has perhaps been unfairly maligned over the years. Herbert himself was largely positive about the endeavour, and although it is the film over which Lynch had least creative control, it is notable for being his first collaboration with muse Kyle MacLachlan, and there are flourishes and imagery throughout that are wholly Lynchian, and should prove spectacular when screened in the 70mm format. 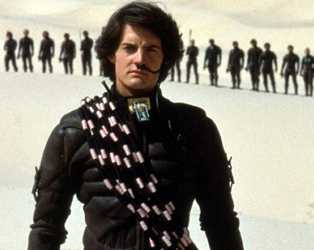