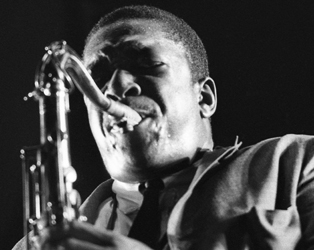 The UK’s premiere music documentary festival goes on tour in 2017, bringing an impressive duo of films to the IFI.

Passionate about independent film and music across all genres, Doc’N’Roll provides its audience with the opportunity to watch these films as they were designed to be watched – LOUD. Launched in 2014, the aim was to finally show some love to under the radar music docs being largely ignored by film programmers.

On July 5th, the IFI and Doc’N’Roll present Gregory Porter: Don’t Forget Your Music. This new documentary directed by Alfred George Bailey is a black and white portrait of a staggering talent, told through the words of his family and luminaries from the music world. The screening will be followed by a Q&A with producer Heather Taylor.

July 9th sees the Irish premiere of Chasing Trane: The John Coltrane Documentary. Filmmaker John Schienfeld takes audiences by the hand to lead them through the fall and rise of the acclaimed saxophone player, all the way up to crafting the powerful sound of A Love Supreme.

Book your tickets for these one-off screenings now.