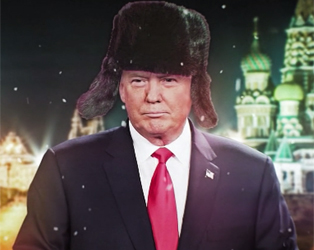 The story of Donald Trump’s 2016 presidential campaign is recounted through a collage of Russian propaganda clips in Maxim Pozdorovkin’s (Pussy Riot: A Punk Prayer) provocative film that sheds light onto the extent of the Russian fake news apparatus, which goes so far as to suggest that Hilary Clinton lost the race on account of being cursed by a Siberian mummy. From polished state-sanctioned media to DIY pro-Trump curios culled from the darker corners of the Internet, the assemblage of footage is amusing and troubling in equal measure.