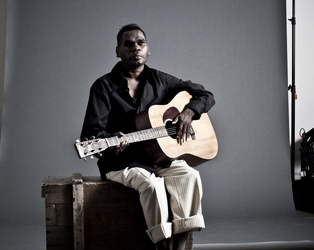 Celebrated for his extraordinary singing voice, the late Indigenous Australian multi-instrumentalist Geoffrey Gurrumul Yunupingu was on the cusp of breakout success when he died at the age of 46, having approved Paul Williams’ film just three days prior. Blind from birth, Gurrumul was a private figure, with little appetite for the expectations of celebrity that his innate ability with traditional song would bring him. Blending footage of his idyllic home life on Elcho Island in the north-eastern Arnhem Land with sequences from his final world tour, Williams’ film is a fitting tribute to a remarkable talent.