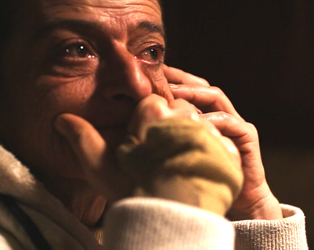 This screening will be followed by a Q&A with director Bernadett Tuza-Ritter.

For more than ten years 53-year-old Marish has been held captive by another woman, Eta, who takes her wages, tasks her with relentless chores and is verbally and physically abusive. Director Tuza-Ritter paid Eta to film Marish on the proviso that she and her family are never shown, a stricture that affords her incredible film its distinctively claustrophobic aesthetic. Astonished at Marish’s life of suffering, and the hold Eta has over her, Tuza-Ritter gradually convinces the terrified woman that escape is possible.