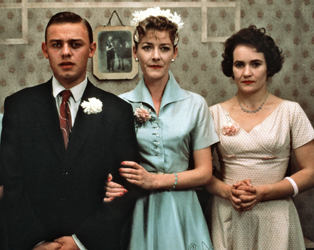 The first chronicles a working class family in wartime Liverpool, living under a domineering and violent father (unforgettably played by Pete Postlethwaite), while the second sees the children grown into young adults with a measure of optimism for the future, yet destined to repeat the cycles of behaviour learnt in childhood.

Of the many stylistic innovations, Davies’s use of music in lieu of dialogue is especially memorable, as the grim realities of life are ironically juxtaposed with the cheerful melodies of popular songs.