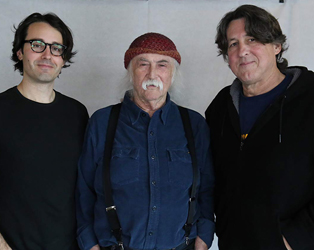 In the illuminating twilight of his days as a living legend, Crosby has chosen living over the legend. He’s making less money but more music than ever, touring despite serious health issues, surrounded by young players who have helped inspire a critically-acclaimed creative streak of fresh songs, albums, and performances. As a troubled talent but uncompromising and principled spirit whose voice has been harmoniously woven into the fabric of pop culture and music royalty since the mid-1960s, Crosby finally distinguishes himself as a masterful raconteur and unsparingly self-aware survivor.

His redemptive journey back to music is universally inspiring and uplifting, bearing an emotional impact that transcends the rock documentary genre.