One of the few remakes to improve upon the original (1951’s The Thing from another World) John Carpenter’s incredibly tense and atmospheric sci-fi horror finds a team of American researchers in Antarctica, led by the taciturn MacReady (Kurt Russell) grappling unsuccessfully with a recently defrosted, shape-shifting foe of alien origin. 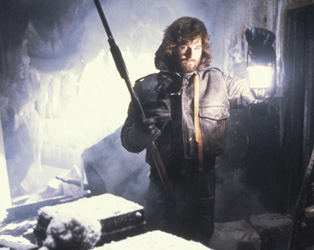