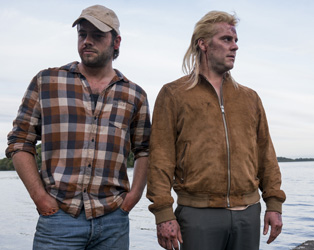 This film was released on Friday 18th October 2019 and is no longer screening.

An uneasy truce prevails but the family’s long-simmering feud looks set to erupt as the sons try to overthrow their domineering father. Wrought from the dark recesses of novelist Kevin Barry’s mind, and filmed on the Leitrim-Sligo-Roscommon borderland, director Ian Fitzgibbon delivers a pitch-black comedy portrait of small town Ireland with echoes of grand guignol and Royston Vasey.