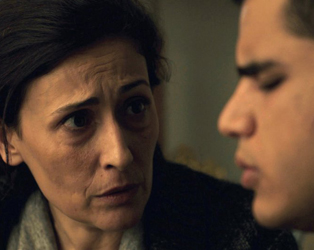 The life of young blind Lebanese musician Rabih (real life musician Barakat Jabbour) is thrown into uncertainty when he applies for a passport to go on a European tour with his band.

When doubt is cast upon the authenticity of his documentation, it leads the confused and frustrated Rabih on a quest into rural Lebanon to uncover the true nature of his identity. Through the poetic figure of a rootless blind musician, director Boulghourjian subtly reflects on the collective disorientation and amnesia of a nation damaged by years of conflict and unrest.

The film is screening as part of the Dublin Arabic Film Festival 2017.